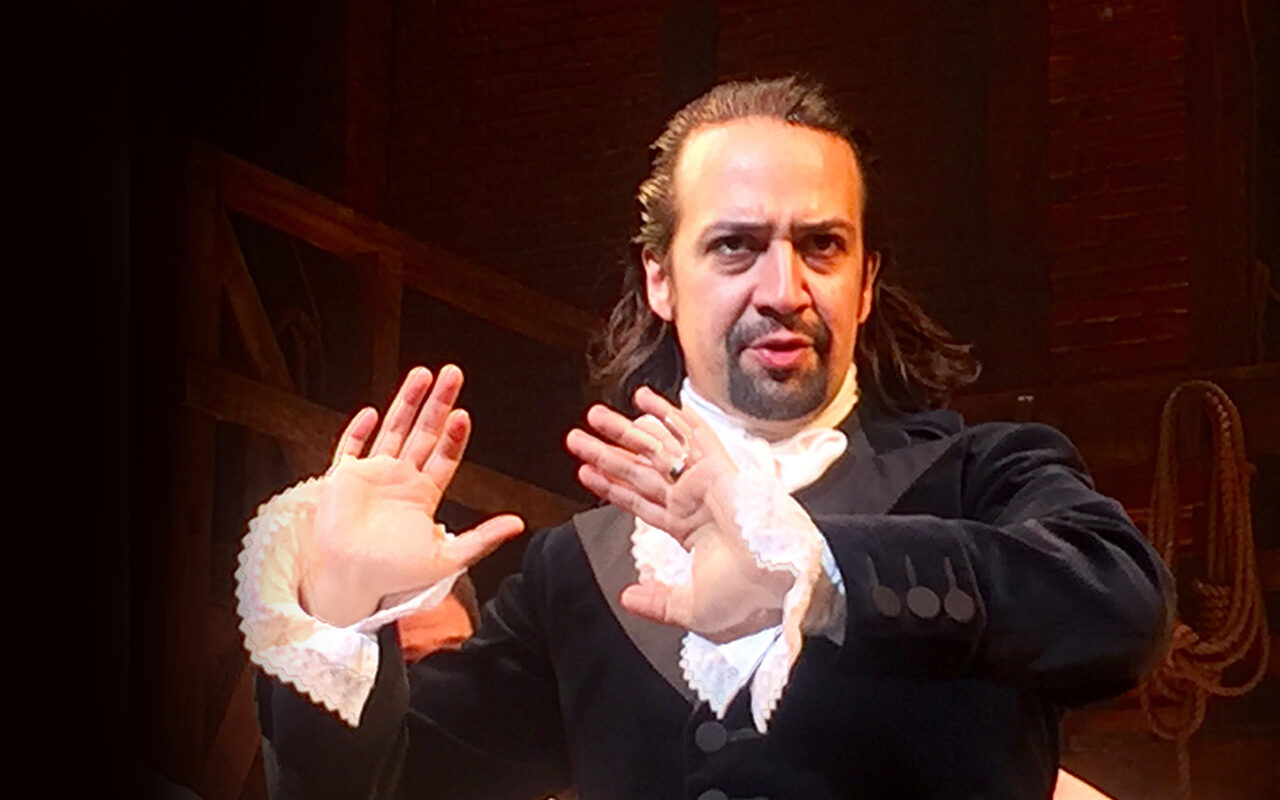 A couple of years ago, a curious thing started happening to my teenage daughter … and, though I did not know it at the time, the same thing was happening to teen-aged boys and girls (as well as adults) all across America.

Since you know where this is going – and the incredible impact of Lin-Manuel Miranda’s extraordinary Broadway smash Hamilton has had on America – it is hard to quite get at the strangeness of that first wave of excitement about a relatively minor founding father. Alexander Hamilton? What did any of us know about Alexander Hamilton? That he was on the ten-dollar bill? That he was shot and killed by Aaron Burr in a duel? That he was one of the heroes of the Revolutionary War? That he had something to do with the financial structure of America?

How many people, on middle-school tests through the years, have confused Alexander Hamilton with Nathan Hale or Patrick Henry or John Paul Jones? And then, suddenly, she was not just singing and thinking about Hamilton, she was also singing about Washington’s plan to work with Jean-Baptiste Donatien de Vimeur, comte de Rochambeau in an effort to defeat the British, Eliza Hamilton’s founding of an orphanage or Thomas Jefferson’s desire to help the French in their own revolution shortly after the colonies had won their freedom.

Her boundless curiosity about Alexander Hamilton – as well as Washington, Jefferson, Adams, the Schuyler sisters as well as more minor but important figures like Hercules Mulligan and John Laurens – was staggering. She bought books about these figures. She read ravenously about them. She would come to me again and again with trivia in an effort to stump me; she rarely failed to stump me.

History museum attendance is down across America; one study from 2012 showed that adult visits to historic sites was down 13% from 20 years earlier, and because of the online community it’s likely down much more now. In 2016, Colonial Williamsburg lost almost $150,000 a day. College students who chose to major in history dropped 12% from 2012-2014. There are hundreds of statistics like these that tell a clear story: we are losing our connection to history.

And yet, Hamilton, a musical about a man who ranks no higher than fourth on the Founding Father fame list (surely behind Washington, Jefferson and Ben Franklin; probably behind John Adams and James Madison, but always ahead of John Jay) is the Broadway sensation of our time. It has sold out every single show without fail in every city where it has opened. In New York alone, at one small theater, it pulls in more than $3 million per week. It has sparked a huge rise in theater season tickets across the country as families jockey for position to see it when the show finally gets to them.

But more than that, Hamilton has had a particular impact on young people. That’s the staggering part? After 200-plus years, Alexander Hamilton is hip with the kids? How did that happen? How did Lin Manuel-Miranda and the cast of Hamilton spark teenagers’ dormant passion for history?

The answer – and it is a universal answer for anyone trying to inspire passion – is simply this: great storytelling. What Miranda did, through brilliant song-writing talent and classic Broadway theatrics, was make Hamilton’s story relatable and rebellious and fun and tragic, all those things that we so often miss in history.

The show opens so simply and yet so powerfully:

And then the reply:

From the very first moment, you are hooked. Hamilton is not some faceless man who, along with other faceless people, helped found a country. He is a bastard. He has no father. He has no chance at all of becoming anything. And, yet, he is our hero. He is Luke Skywalker and Batman, only the bullets were real and the odds even more staggering.

Yes, so much of the way history is told makes it feel bland – dates and places and all that – and this a common complaint. But we would argue that what hurts history more is the appearance of inevitability. Nothing hurts a story more than inevitability. You know the colonists won the war. You know that Hamilton helped found our nation you know that he died in a duel.

So how can you make it feel vibrant? How can you tell these stories so that people can see and feel how unlikely an Alexander Hamilton really was, how close the colonists came to losing the Revolutionary War, how impossibly courageous decisions by deeply flawed men who often hated each other, minute by minute, made the United States of America?

This is the challenge – to help people walk among the weeds at Antietam and feel the desperation of normal people, to see the tombstone in Charles Town of the woman who lost seven sons in the Revolutionary War and carry her pain, to understand just what it was like to sit in the seat of Harry Truman as he decided whether or not to drop the bomb on Hiroshima. These are stories of passion. These are stories that, when told well, can still inspire passion.

In many ways, what Lin-Manuel Miranda did with Hamilton was new. He had people of color play the Founding Fathers. He had Jefferson and Hamilton rap battle before Washington and Congress. He had King George serenade the colonists before the war with a sweet little song called “You’ll be back”:

But in many ways, what he did was not new at all. He pulled Hamilton from the staid pages of elementary school history books and made him flesh and blood, reminding us that the Founding Fathers were not featureless men simply destined to start a new nation. They were reckless, brilliant, flawed, brave, hypocritical, and extraordinary dreamers. History, so often, goes for the head. Lin-Manuel Miranda went for the heart.