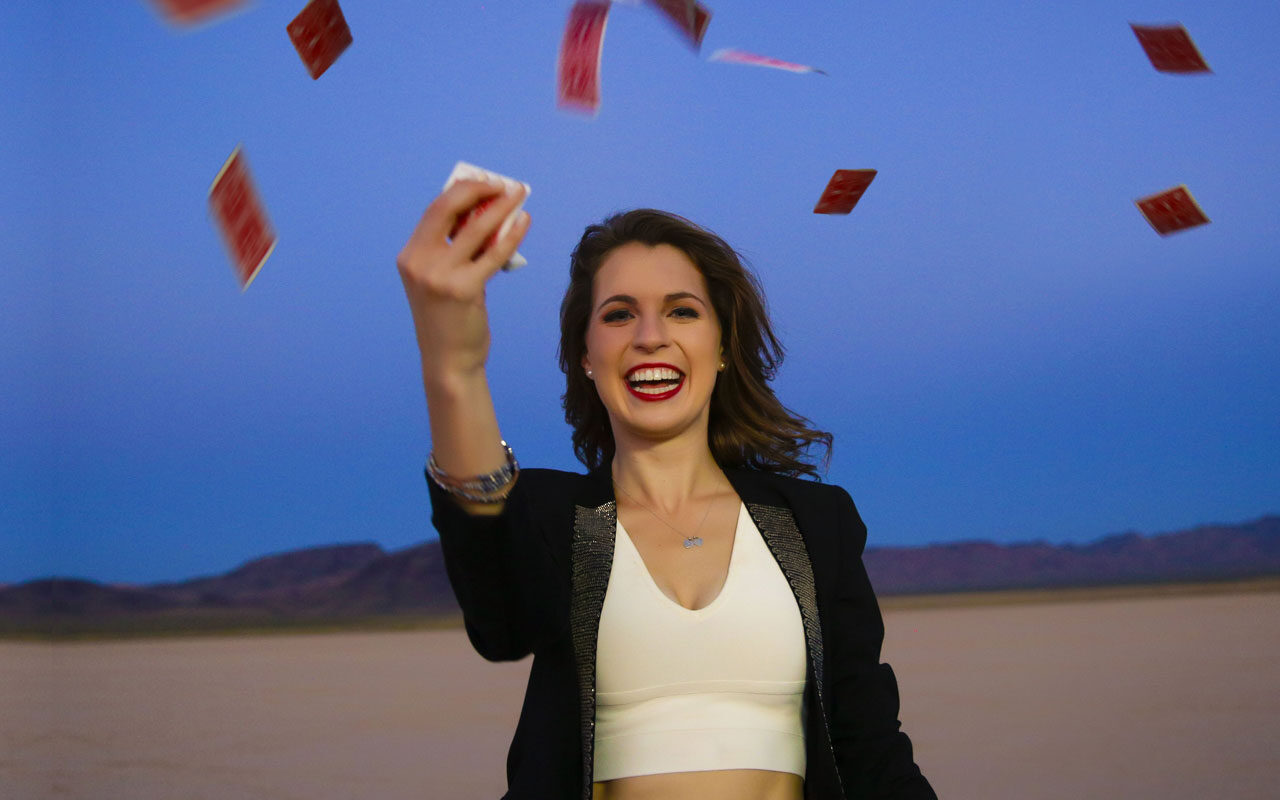 There’s a famous book in magic called The Royal Road to Card Magic. It was written a long time ago by an Australian magician named Jean Hugard, and it is considered by many to be the essential book of card magic. It is a somewhat difficult book, filled with detailed instruction of precisely how to do various card tricks, flourishes, and so on. But it is also about a philosophy of performing magic.

“We cannot emphasize too much,” Hugard wrote in his introduction, “that knowing the secret of a trick is not the same as knowing how to perform that trick.” The point is that you could give this book to a hundred ten-year-olds, a thousand ten-year-olds, a million ten-year-olds, and it probably would not have much of an impact on any of them. Some might try to do some of the tricks before losing interest. A few might stick with it a bit longer until they have learned a few things they can do to impress their friends.

But how do you explain a card magic book more than a half century old changing the life of a 10-year-old girl named Jen Kramer?

“It’s crazy, right?” Jen says. “I mean it’s a book from 1949, and so a lot of the language is out of date, a lot of the passages are challenging to work through, especially when you’re 10 years old. Some of the passages I would have to read over seven or eight times to understand. I’d be there with a deck of cards in my hand, and the book would say the third finger on your left hand needed to be at a 45-degree angle, and the thumb had to be at a different angle …”

“The pack should slope downwards towards the left at an angle of about forty-five degrees, its lower side resting along the palm of the hand. In this position, the pack can be gripped, as in a forceps, between the index and the little fingers by pressing them against the opposite ends.”

And that’s just the paragraph describing a basic overhand shuffle.

But Jen Kramer loved it, right from the start. She would spend hours on her bedroom floor reading and re-reading passages, practicing and practicing the tricks, until she felt good enough to perform them for her younger sisters. In time, she began performing them for strangers.

“I have the strongest memory,” she says, “of being, maybe 12, and being on an Amtrak train, maybe from Philadelphia to New York. And at some point I just started walking up and down the aisles doing card tricks for people. When the train came in, I had made friends with everyone in the car.”

That, she found, was the part of magic that moved her. At first, she had thought it was about knowing these wonderful little magical secrets that even her parents did not know. But she found that the Jean Hugard sentence about secrets not being at the heart of magic was true.

“I realized pretty quickly, I have to say, that it wasn’t so much about the secrets,” she says. “Yes, the secrets make the magic possible, so they are important that way. But really, I found that magic was a way to connect to people. I found that I could share with them through magic, I could share my hope, my happiness, my enthusiasm for life through magic. That’s when I really fell in love with it.”

Jen has a funny bit she does in her shows; she begs the audience that, if they happen to see her parents walking around, to tell them that she has become a brain surgeon. The joke is funny because it’s true; she absolutely could have become a brain surgeon. She was a brilliant student. Every parent’s dream college in America — Stanford, Harvard, Princeton, you name it — wanted her. She chose Yale because it reminded her most of how she imagined Hogwart’s, the school in Harry Potter.

So, yes, she was set up to pursue a career in brain surgery or the law or investment banking — all of her college friends kept doing those kinds of interviews — but this powerful notion of becoming a magician overwhelmed her. It had been the dream since she was a kid performing every couple of weeks in the children’s section of the local Barnes & Noble. And, unlike so many childhood dreams, it only grew stronger as time went along.

“The more involved I became in the magic world,” she says, “I realized there are so many more elements that I still had to learn. I found that in magic, the more you learn the more you realize how much more there is to learn about the artform and the craft. It became more and more exciting, this notion of devoting my life to sparking wonder in the world.

“Once I realized that, I spent my time figuring out the logistics of how to make that happen. I started interning with (magician) Nathan Burton to get a feel what the Vegas world would be like. I started putting together a business plan for how I could make magic work. That’s really what my college years were about. I kept trying to improve as a magician, of course; I worked on becoming a better performer. But I thought a lot about the question: How do I support myself doing this? How can I make this a reality?”

After college, she moved to Las Vegas, the American capital of magic. She has been performing twice a week at the Wyndham Grand Desert Resort and at the Marriott Grand Chateau in town. But she spends much of her time doing magic for corporate events, traveling and performing at colleges, looking always to build her name and her act. She so thoroughly wowed the famed magicians Penn & Teller that they worked with her for months on a fantastic effect for their show called “The Upside-Down.” David Blaine calls her one of the great young magicians in the world.

“It has been amazing how the magic community has welcomed me,” she says. “I realize how lucky I am; there aren’t many people who get to spend all their time working on their passion.”