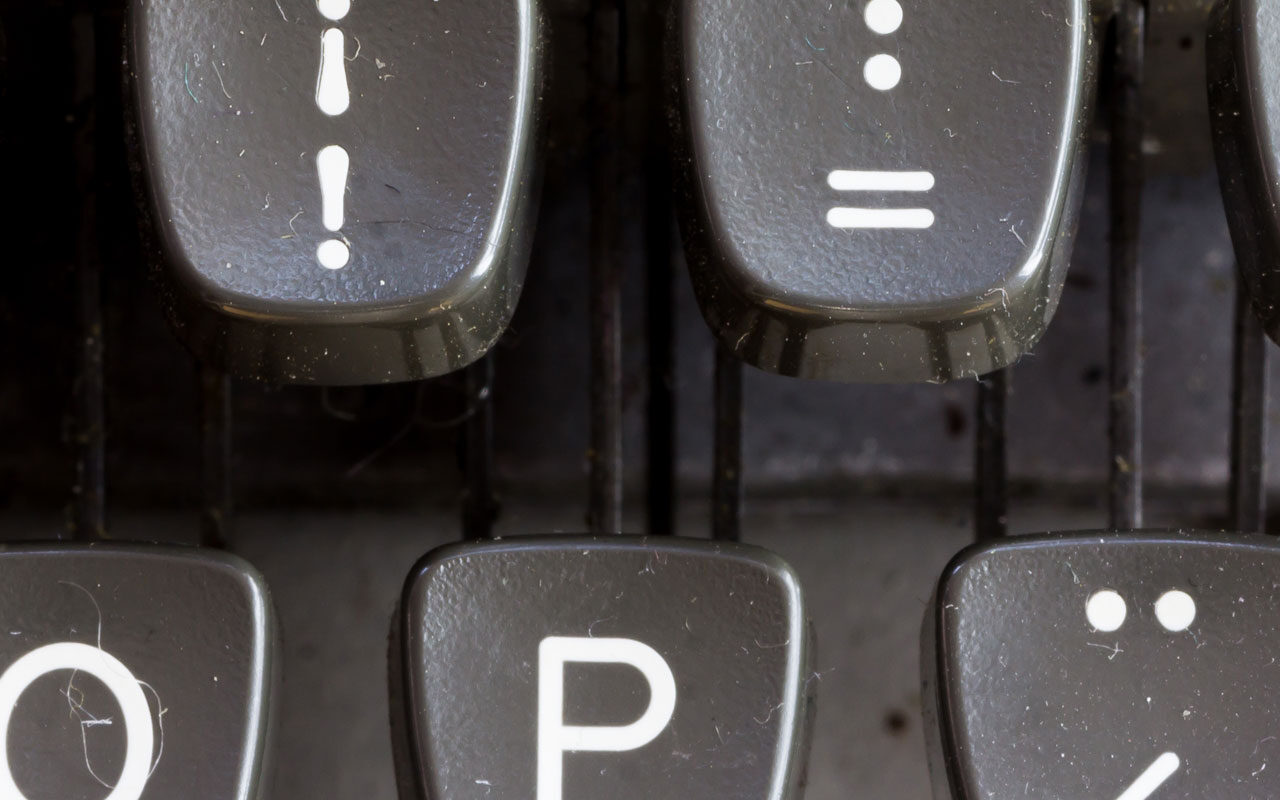 There is a scene in the quirky but wonderful documentary California Typewriter, where actor Tom Hanks talks about how he types almost every day. He types notes to friends. He types memos. He types short stories. Hanks has been outspoken about his passion for typewriters; he gives typewriters away to any friend who expresses even the slightest interest. He has even created an app called Hanx Writer which tries to recreate the typewriting experience for iPad users.

To be honest: Hanx Writer is a noble effort but, realistically, it doesn’t quite get there. This is because the whole point of an iPad is that it is NOT a typewriter. The iPad is a technological wonder that allows you to do a million things, to watch Netflix and check in on Twitter and answer email and buy anything in the world and play impossibly realistic games and catch up on the news and have virtual meetings and find a good recipe for chocolate chip cookies. And, sure, you can write on it, too.

But there’s no way an iPad can capture the essence of why anyone loves a typewriter because, by definition, an iPad is “better” at doing what a typewriter does. Let’s face it: A typewriter does one thing, and it does that one thing noisily, sloppily, unforgivably. It takes longer to type something on a typewriter. It’s harder, it’s much louder. The actual writing doesn’t end up looking as clean or neat or well-edited.

This leads to the surprising moment of California Typewriter that got me. Tom Hanks was typing away while talking about typing, and he made a mistake. He was using a manual typewriter, so there was no correct button. He did not reach for White-Out or anything like that.

Instead, he just backspaced to the beginning of the word and did a series of XXXXX over it.

“I never correct my mistakes,” he said.

That, weirdly, was the precise moment when I got it. Watching him X out that word was when I think I understood his passion and shared it; it was the moment when I decided that I had to get a working manual typewriter. I went to the Internet immediately and after searching, I bought an Olympia SM9 – what many (I have found) consider to be the writer’s typewriter.

I think what Tom Hanks and so many other typewriter lovers understand is that actually typing something is a physical act in a way that typing on a computer is not. You are not only creating the words mentally, you are physically creating them, too. Everything on a computer can feel so temporary, so fleeting. All you have to do hit the delete button and it is gone. With a couple of mouse clicks, you can obliterate entire paragraphs and pages and stories…and it is like those words never existed.

But with a typewriter there’s a wonderful permanence in what you write. To get rid of even a single word takes effort or, as Tom Hanks does, a messy stomping of the letters on the page. In a time when everything is so easy and transient, when trends come and go and technologies grow obsolete every few minutes, there is something sure about typing something on paper. The words are there, perhaps misspelled, some of them slammed together because the space bar didn’t quite click, some X’d out as a better word or fuller thought came to mind.