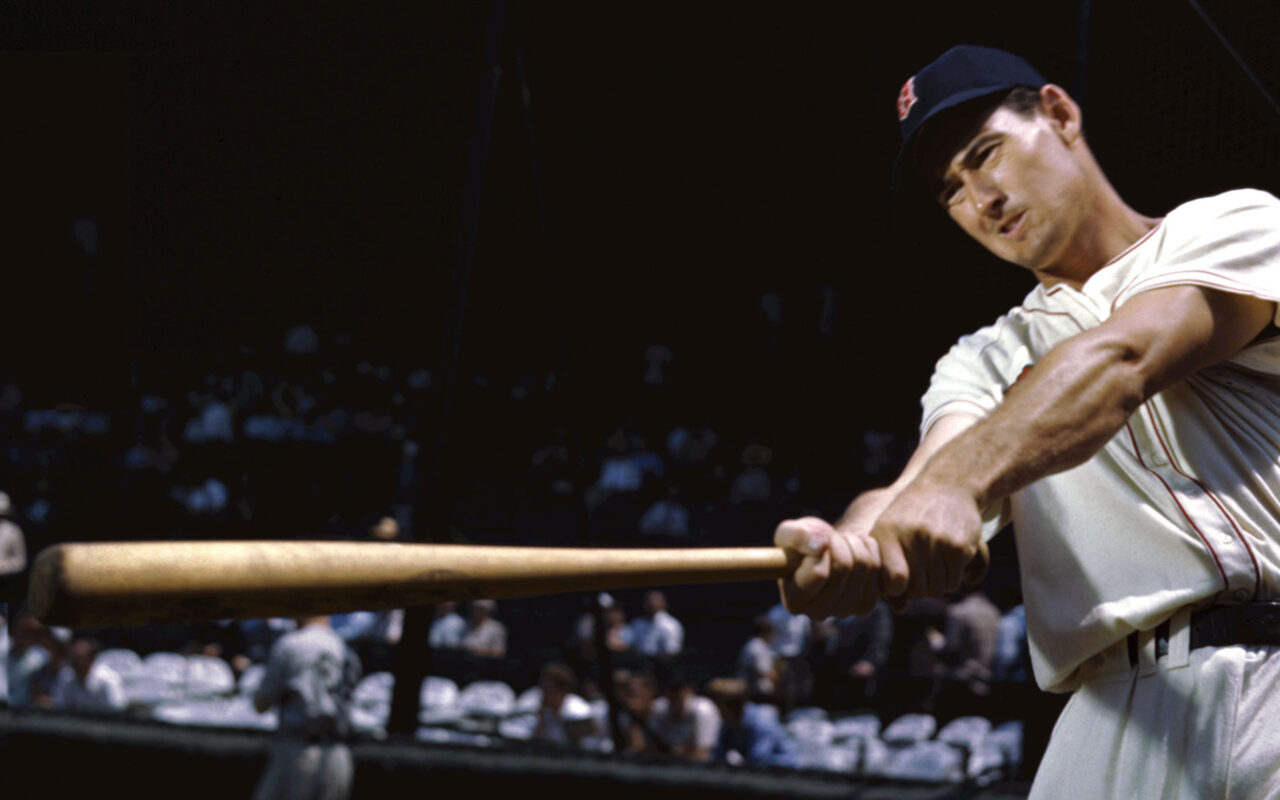 Wendy Cope is one of those extraordinary people whose talents, so far at least, has not quite crossed the Atlantic Ocean. She’s a major celebrity in England, where a poet can still be a major celebrity. Her first book, “Making Cocoa for Kingsley Amis,” sold more than 200,000 copies, an absurd number for a collection of poems. Her poetry is sparse, funny, heartbreaking, and in the spirit of a hero, Emily Dickinson, always more complicated than its effortless flow.

Take this verse from “Spared,” which she wrote in the days after 9/11:

Or this about being alone at Christmas:

In English polls, Wendy Cope is the United Kingdom’s top choice for poet laureate, an honor she has publicly turned down. Cope is endlessly quoted, deeply admired. She is an officer of the Most Excellent Order of the British Empire. She is regularly an answer to questions on game shows. And at the same time, Wendy Cope is all but unknown in the United States.

That’s what makes her Ted Williams villanelle poem such a puzzle. A villanelle is an Italian song with a quick rhythm. Watch as Cope tells the story of Williams by repeatedly rhyming the words swing and chance:

This paints a remarkable painting of Williams, the surly perfectionist, the ultimate hitter, the American hero. But here’s the thing: as far as anybody knows – she is famously shy and uneasy around journalists – Wendy Cope has never been to a baseball game and knows nothing whatsoever about the game. She certainly never had any interaction with Ted Williams, who played when she was a little girl growing up in what is now the London Borough of Wexley.

As you can see in the title, she wrote this poem for Ari Badaines.

Who in the heck is Ari Badaines? On the surface, Dr. Ari Badaines is a clinical psychologist who grew up in the United States and now practices in Australia. But that’s just his job. It’s better to explain Ari Badaines this way: He’s the sort of person who, everywhere he goes, walks up to strangers and asks, “How do you like your job?”

He doesn’t do this for research. He doesn’t record the answers. He wants to know. He wants to connect. He craves the stories that people tell him. He found somewhere along the way that this was the perfect opening question, the one that would get people to open up to him.

You put those two things together – his love of connection and his love of Ted Williams – and you get much hilarity. In Australia, he often uses Williams and baseball to get points across, something that does not translate at all in a country where baseball is as baffling to people as vegemite is to Americans. But he is not deterred. He represents the church of the Splendid Splinter. He proselytizes in the name of baseball and Ted Williams.

For many years, he has been part of a fun writing group with Wendy Cope. And now you see how it happened. Again and again and again, he told her the story of Ted Williams, told it to her so many times that you can imagine the eyes rolling. But it came through. She wrote a poem about Ted Williams. She wrote it for him.

And if you look closely, you can see: she also wrote it about him. The advice is clear and universal…

Don’t let anybody mess with your swing.